Skip to Content
By continuing to use the site, you agree to the use of cookies. Legal Notices 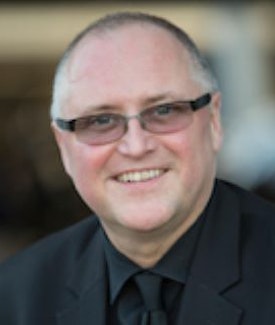 Paul is the Chairman and CEO of TDG (the digit group www.thedigitgroupinc.com). As seen on Bloomberg TV, acknowledged by CNBC as one of America's Business Titans and reported by Forbes as “Changing the World”, Paul is a licensed and registered Architect and is one of the world’s most sought after thought leaders, strategists and integrators of process, technology and business. A Senior Fellow of the Design Futures Council, a former member of the International Facility Management Association (IFMA) Board of Directors and an IFMA Fellow, Paul is an award-winning architect, author, educator, analyst and advisor to Fortune 500 organizations, global government agencies, prominent institutions and the most prestigious architectural, engineering and contracting firms in the world. A pioneer in Building Information Modeling (BIM) and a former Fortune 500 corporate officer, Paul is a prominent and highly rated speaker at numerous industry events around the world each year and has been appointed as a guest lecturer at leading universities throughout the world. His past successful ventures include Revit Technologies (Sold to Autodesk 2002), Buzzsaw (Sold to Autodesk 2001) and TRIRIGA (Sold to IBM 2011). Paul's current work is focused on Smart Cities real estate developments operating in China, Japan, Australia, India, Egypt, Saudi Arabia, United Arab Emirates, Canada and throughout the USA. Concurrently, Paul is the co-founder and producer of the critically acclaimed and popular AEC Hackathon (www.aechackathon.com) that launched at Facebook Headquarters in Silicon Valley.
View in Member Directory Will open in a new window 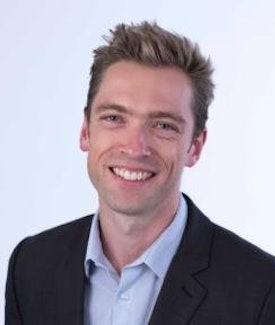 Will is Senior Associate, Commercial Sector Lead and Chair of Kasian's Lifescape team globally, which currently operates in four cities in Canada (Vancouver, Toronto, Calgary, Edmonton) and in Doha, Qatar. He oversees teams for significant mixed-use, commercial, community, cultural and adaptive re-use projects. Lifescape, is an original way of curating experiences in our urban environment. Through our approach, we use the human dimension as a starting point to curate both the hardware and software of place, integrating street to street experiences holistically, inside and out for new and existing spaces. Working globally in Europe, North America, Asia and Australia has given him an enhanced perspective of how physical spaces can be used as anchors for gathering community, inspiring creativity and delivering engaging experiences to drive change in cities. Will was educated in London, UK, graduating with distinction. He is active with the Urban Land Institute, spearheading initiatives at both the national and local levels - Chair of ULI Alberta District Council; Member of the Redevelopment and Re-Use Product Council, Co-founder and Steering Committee Member of ULI Canada's City Catalysts Initiative Council (CCC).
View in Member Directory Will open in a new window 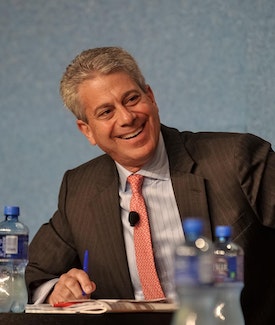 Mitch is a Partner at PwC, and currently serves as one of the firm’s Business Development Leaders. He was a founder of PwC’s Real Estate Advisory practice, and has over 35 years of experience serving a wide array of real estate investors, foreign and domestic. Mitch is a widely-recognized commentator on real estate, housing, business trends, capital markets, the retail industry and the economy. He is a frequent public speaker, and a regular guest and panel member on Fox Business Network, and Bloomberg TV and Radio. He is the co-publisher of Emerging Trends in Real Estate, a widely-circulated global annual market forecast. An active proponent of corporate social responsibility, Mitch serves as a trustee of the PwC Charitable Foundation, where he leads its grant-making efforts in youth education and financial literacy. Additionally, Mitch is a member of the Board of Directors of PENCIL. He resides in Armonk, New York, with his wife Debbie and their college-age twin sons, and their golden retriever Charlie.
View in Member Directory Will open in a new window Mayor Jerry L. Demings was sworn in on Dec. 4, 2018 as the 5th elected Mayor of Orange County and is the first African-American to serve in the role. He oversees more than 8,000 Orange County employees and a $4.4 billion budget as the County’s chief executive officer. He says that his goal is to make Orange County the “Experimental Prototype Community of Tomorrow” by creating a community culture of innovation, collaboration and inclusiveness. Always a trailblazer, Mayor Demings became Orlando’s first African-American police chief in 1998 and was elected the first African-American Orange County Sheriff in 2008. He was re-elected in 2012 and again in 2016. An Orlando native, Mayor Demings is married to former Orlando Police Chief Valdez B. Demings, who also made history as the first female police chief in Orlando. In November 2016, she was elected to the 115th Session of the United States Congress and was re-elected in 2018. Congresswoman Demings represents Florida Congressional District 10. They have three sons who are all graduates of Florida Agricultural and Mechanical University. A lifelong public servant, Mayor Demings is a graduate of Jones High School and holds a bachelor’s degree in finance from Florida State University and a master’s of business administration from Orlando College. He graduated magna cum laude. He is a graduate of the 194th session of the Federal Bureau of Investigation's National Academy and studied at Harvard University’s John F. Kennedy School of Government.
View in Member Directory Will open in a new window 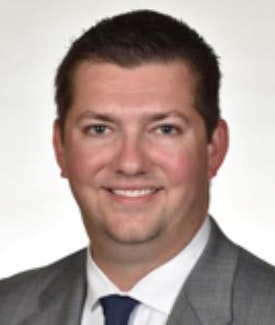 Jonathan Baker-McBride is the Corporate Manager for Telehealth, Remote Patient Monitoring and Telecare at Orlando Health. Jon spent 6 years in the residential and commercial construction industry before making the transition to healthcare in 2008. Prior to joining Orlando Health, Jon designed the technology for Orlando Health’s first tele-stroke network. He joined Orlando Health in 2010 as a Biomedical Engineer with a focus on telemedicine technology. His experience includes standing up Telestroke, TeleICU and Remote Patient Monitoring programs. Since 2017, Jon’s role has been focusing on new virtual care delivery models, direct to consumer services and virtual population health. Under his leadership, Orlando Health deployed their first direct to consumer on-demand urgent care platform called Orlando Health Virtual Visit.
View in Member Directory Will open in a new window 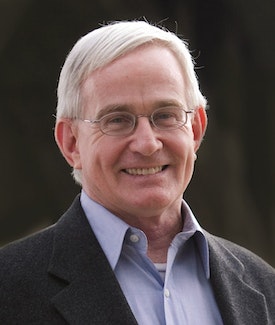 Tom Murphy, ULI Canizaro/Klingbeil Families Chair for Urban Development, has been a senior resident fellow at the Urban Land Institute since 2006. A former mayor of Pittsburgh, his extensive experience in urban revitalization—what drives investment, what ensures long-lasting commitment—has been a key addition to the senior resident fellows’ areas of expertise. Murphy also serves on the Advisory Board of ULI’s Rose Center for Public Leadership in Land Use. In 2011 he wrote Building on Innovation, a ULI report discussing the economic impact universities and hospitals have on local economies and providing detailed strategies to shape a successful 21st-century city based on a private/public/university partnership. Before joining ULI, Murphy served three terms as mayor of Pittsburgh, from January 1994 through December 2005. During that time, he initiated a public/private partnership strategy that leveraged more than $4.5 billion in economic development in the city. Murphy led efforts to secure and oversee $1 billion in funding for the development of two professional sports facilities, and a new convention center that is the largest certified green building in the United States. He developed strategic partnerships to transform more than 1,000 acres of blighted, abandoned industrial properties into new commercial, residential, retail, and public uses, and he oversaw the development of more than 25 miles of new riverfront trails and parks. From 1979 through 1993, Murphy served eight terms in the Pennsylvania House of Representatives. He focused his legislative activities on changing western Pennsylvania’s economy from industrial to entrepreneurial, and wrote legislation requiring state pension funds to invest in venture capital firms. In addition, he wrote legislation to create the Ben Franklin Technology Partnership, now over 25 years old, which is dedicated to advancing Pennsylvania’s focus on early-stage startup businesses and the commercialization of cutting-edge technologies. Murphy served in the Peace Corps in Paraguay from 1970 to 1972. He is a 1993 graduate of the New Mayors Program offered by Harvard University’s Kennedy School. He holds a Master of Science degree in urban studies from Hunter College and a Bachelor of Science degree in biology and chemistry from John Carroll University.
View in Member Directory Will open in a new window 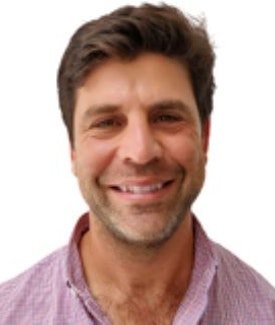 Jonathan Daou is President and Creative Director at Eastman Equity. After spending 20 years as a broker in NYC, Jonathan founded Eastman Equity in 2014 after relocating to St. Petersburg, FL. His background in retail brokerage and development, along with his expertise in programming and events, has contributed to Eastman Equity's success over the last 5 years.
View in Member Directory Will open in a new window 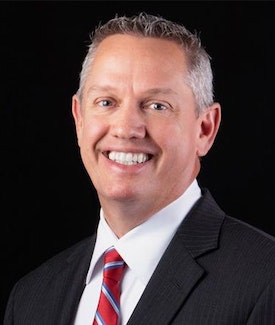 John Crossman is the author of "Career Killers, Career Builders" and former CEO of Crossman & Company, one of the Southeast’s largest retail leasing, management and investment sales firms, with over 28 million square feet of properties in Florida, Georgia, Alabama, South Carolina, North Carolina and Tennessee. As CEO, John promoted the firm’s core values including a strong commitment to community service, industry education initiatives and an unwavering dedication to diversity through creating scholarships and mentoring. He serves on numerous community, higher education and industry boards and has been recognized with many awards including Father of the Year by the American Diabetes Association, the Personal Empowerment Award by The Central Florida Urban League, the 2018 Humanitarian of the Year Award by The African American Chamber of Commerce of Central Florida, and Orlando Business Journal’s 2018 CEO of the Year. Prior to joining Crossman & Company, he was a principal at Trammell Crow Company, where he led their Retail Council, which worked to advance the nationwide retail strategy. In his 25-plus year career he has done over $1 billion in transactions. Together John and his brother Scott have built Crossman & Company into one of the industries most respected and thriving commercial real estate firms. He recently authored a book, “Career Killers, Career Builders,” based on his popular lecture series. John Crossman CEO
View in Member Directory Will open in a new window 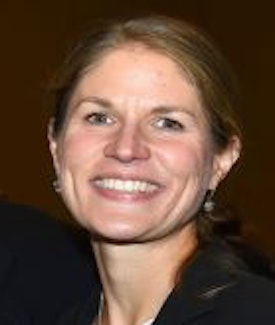 Jennifer Castenson currently serves as the vice president of programming at Hanley Wood. In this capacity, she provides leadership and collaboration across all verticals in the building products industry to drive innovation. Castenson establishes themes and coordinates content from Metrostudy and Meyers Group, Hanley Wood’s industry leading data and research arms, along with content from the editorial team to provide audiences with fresh, innovative content in a variety of forums. Castenson also serves in a project management and editorial capacity for multiple concept projects spearheaded by the Hanley Wood editorial teams. Prior to joining Hanley Wood in 2015, Castenson spent nine years as the vice president of marketing for a building product manufacturer.
View in Member Directory Will open in a new window 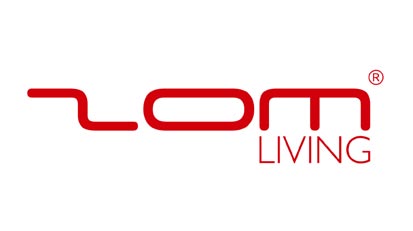 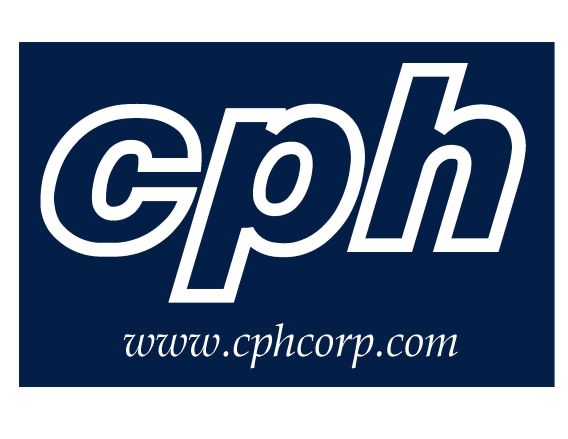 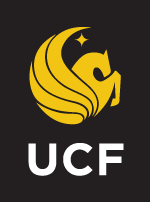 If you are interested in becoming a sponsor, please keep in touch .

ULI's annual statewide Florida Summit will take place in Jacksonville, Florida this year June 11-12, 2020. The 2020 Florida Summit will convene ULI members and non-members interested in the progress and prosperity of our state, and will focus on today’s changing markets, trends, and opportunities, and feature leading industry professionals.